“Dear Readers, my 2015 lure of the year is The BEAR LAKE SECRET. This one-of-a-kind lure is made for catching BIG fish at Bear Lake. It works well for both cutthroat and lake trout at Bear Lake. It also catches a lot of kokanee at other lakes. I used this lure to set my personal record for total lake trout landed in one day. This new lure was the only lure that worked on my recent trip to Otter Creek, and it was red hot on big rainbow.” 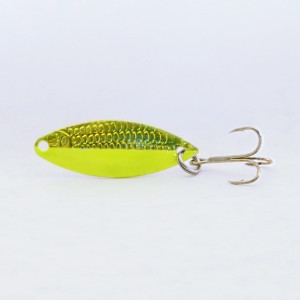 Give it a try! Free shipping on all orders! 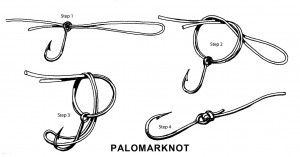 Try this knot on one of our three new Kokanee Lures. Free shipping on all orders! 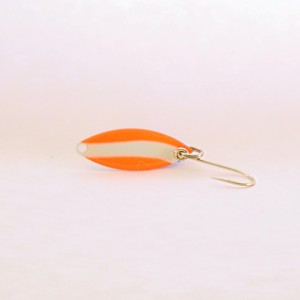 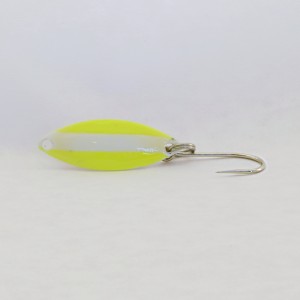 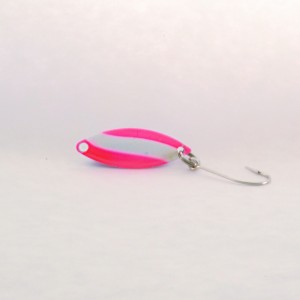 News from the Gorge !

“Hey Steve, I went to the Gorge for a few days, early August, and had some of the best mac fishing of my life. One day, we caught 10 fish over 10 pounds with four in the 20 pound range. Lucerne Bay is stacked with fish! The Excalibur is my new favorite spoon. You should keep it a secret.” 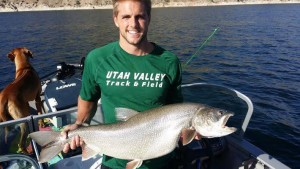 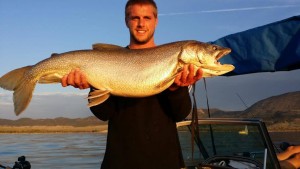 Try out this secret weapon! Buy the Excalibur today!
“Hey, Steve this is my buddy, Taylor, holding a 43″ Mac he caught with one of your Excalibur lures. We caught about 15 macs over the weekend.”
-Kurt Barton
Category: Uncategorized

One of the best lures in Captain Steve’s tackle box, the After Dinner Mint has the remarkable ability to catch all different types and sizes of fish. It has caught 48 lb. Lake trout, Kokanee, large mouth bass, and Browns. This is a go to lure. This glow in the dark lure should be trolled at 2.0 to 2.25 mph . For Lake trout and Browns, troll it 100 to 200 feet back, right on the bottom. In other words, put your down rigger ball in the mud. For Kokanee, troll 6 to 50 from the ball and from 30 to 50 ft down. A dodger may help. For Striper, Wipers & other trout, troll in open water 50 to 100 ft back, from 1 to 30 ft down. 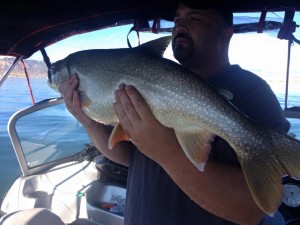 Above Photo: Caught with and After Dinner Mint 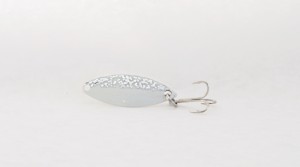 Above Photo: The After Dinner Mint 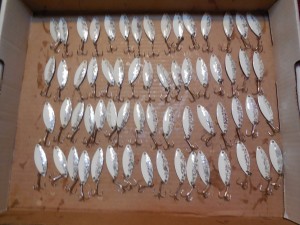 Above Photo: A new batch of After Dinner Mints hand made by Captain Steve!

Minersville Resoirvoir, Wipers & TroutThis week we head to Minersville Reservoir to fish for Wiper & Trout. Posted by Hooked On Utah on Monday, June 29, 2015 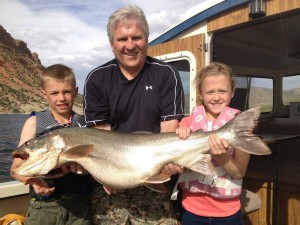 Photo Above: Fish caught with a Rainbow Trolling Lure 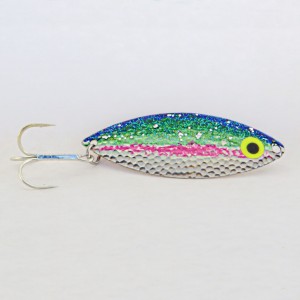 The Rainbow Trolling Lures! These lures work best form Dec. to July and anywhere & anytime there is Rainbow or Steelhead. They work well on Lake trout & Rainbow. I fish them 1 to 60 ft. down. This lure should be trolled at 2.5 to 2.85 mph on the bottom or in open water. It is the best Lake trout lure when fishing from sheep creek to the dam at Flaming Gorge or when fishing in shallow water above 60
Ft. 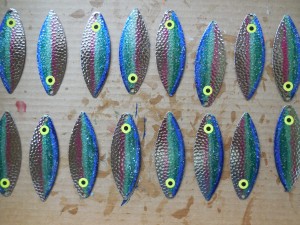 Photo Above: A fresh batch of hand made Rainbow Trolling Lures by Captain Steve 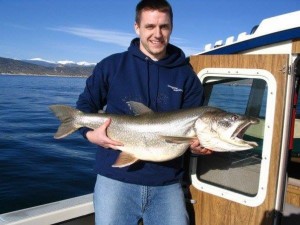 Photo Above: Fish Caught with a Rainbow Trolling Lure! 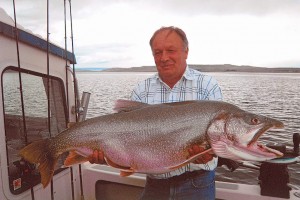 Above Photo: Captain Steve caught this huge trout with a Whitey Tighty

It might have a silly name, but the Whitey Tighty is ranked as one of Captain Steve’s favorite lures, especially when trolling for lake trout.

The Whitey Tighty is a half silver, half white lure. It comes in two sizes. Fish the extra-small size at 1.5 to 2.0 mph and the small size at 2.0 to 2.25 mph. This lure can be hot on lake trout. The largest lake trout ever landed on Captain Steve’s boat was caught on a Whitey Tight. Captain Steve has caught as many as 20 good size Lakers in one day using the Whitey Tighty.  Fish for lake trout and Brown trout by trolling the Whitey Tighty 100 to 200 feet back and right on the bottom. In other words, put your down rigger ball in the mud. For Kokanee, troll 6 to 50 from the ball and from 30 to 50 ft down. Possibly use a dodger to help. For Striper, Wipers & other trout, troll in open water 50 to 100 ft back, from 1 to 30 ft down. 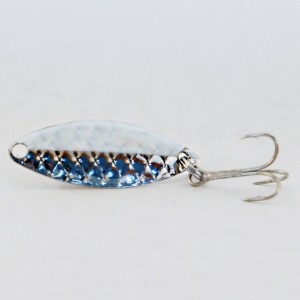 Photo Above: The Whitey Tighty Lure 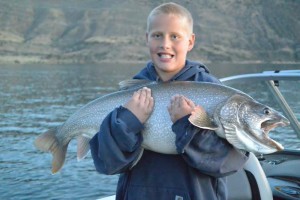 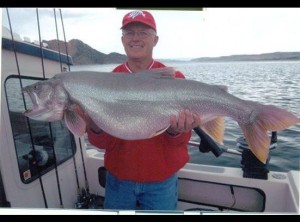 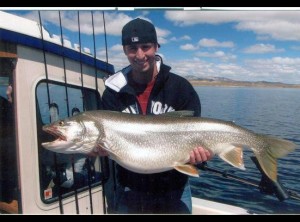 Photo Above: Caught with a Whitey Tighty 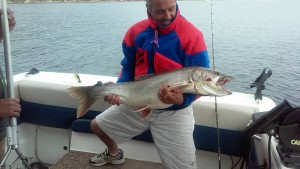 Photo Above: Caught on a Whitey Tighty!